A New Era For The Falcoholic, Plus Training Camp Notes

The Falcoholic has exciting news.

Share All sharing options for: A New Era For The Falcoholic, Plus Training Camp Notes

We've kept it under our hats for a while, but I'm sure most of you have figured out by now that something has changed with our training camp coverage this year.

For the first time, The Falcoholic will be a fully credentialed member of the Falcons media. What that means is that most of the time, we'll have someone on-hand to watch camp and games, and to deliver you quotes and information directly from the players and coaches. It's an exciting new epoch for our site, and we're very thankful to the Falcons for the opportunity and happy to be able to bring you more news than ever before.

Normally Jeanna Thomas will be our sole correspondent, at least for now, but I took a quick trip to Atlanta over the weekend to catch the first two days of training camp. Because Jeanna has already covered those days in detail and you've no doubt seen The DW's breakdown of the third day, I'm widening my focus a little bit to talk about some trends and features of camp that jumped out at me. Hope you enjoy them. 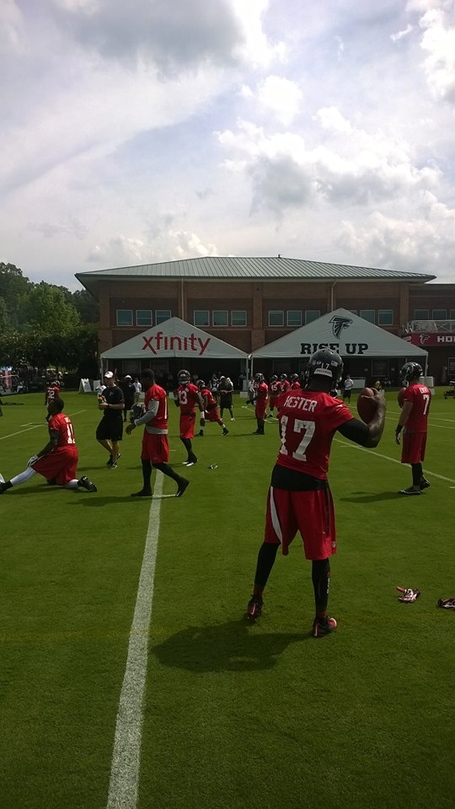 Eager to see your impressions of camp, and thank you all for the support that makes The Falcoholic possible.