The Atlanta Falcons have seven picks today as they attempt to fill out their roster in the final rounds of the 2014 NFL Draft.

We've reached the final rounds of the 2014 NFL Draft. The Falcons have seven picks remaining in the later rounds, and a hope of finding a couple of gems and building further depth through those.

Whether our hopes are realized, we don't know, but of course we'll be here to take you through each and every Falcons pick. Once we know what this draft class looks like, we'll have months to break it down before they ever get on the field. Here's the picks that are left.

Let's run through the three biggest team needs. Don't forget to check out Dan Kadar's best players remaining, while you're at it. 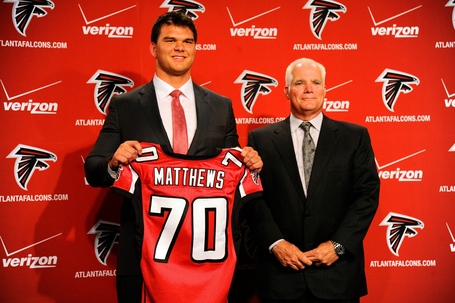