Where Can You Watch Falcons vs. Panthers Sunday On CBS?

The Falcons and Panthers have been flexed to the feature spot at 4:25 p.m. We have a coverage map.

Share All sharing options for: Where Can You Watch Falcons vs. Panthers Sunday On CBS?

The Falcons' game has been flexed to 4:25 p.m., giving a national audience a chance to see two NFC South titans drunkenly swinging at one another with a playoff spot on the line. We've got your weekly coverage map, and as always, it comes to us courtesy of 506 Sports.

You'll find the Atlanta game marked in red below, competing against the thrilling Oakland-Denver (?) game, which also kicks off in the afternoon. 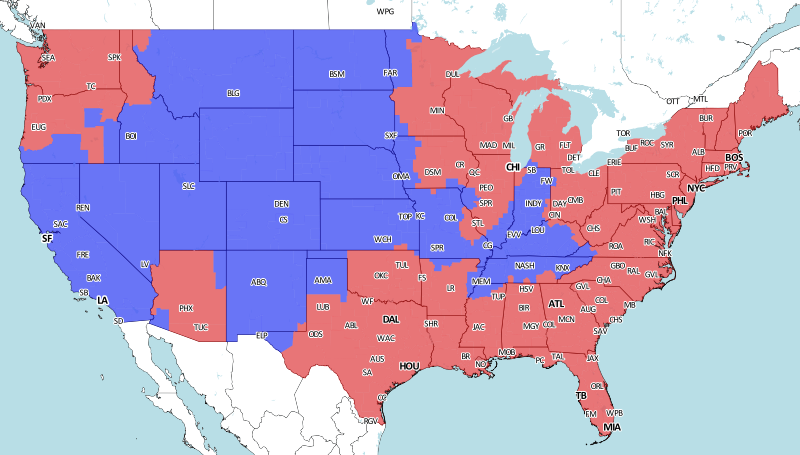 Basically, unless you're on the West Coast or right on the increasingly tight belt of Middle America, you're going to get the Falcons-Panthers game. Schedule your Sunday accordingly, and be prepared to either celebrate a playoff berth or bury the season for good in its wake. Fitting that we won't know until the very last game which one we'll be doing, wouldn't you say?

Where will you be watching the game on Sunday, friends?