Create Your Own Offense

The Falcons have a myriad of options on offense. Here's your chance to showcase your inner offensive coordinator. Come up with a unique way to use the Falcons' offensive weapons!

Share All sharing options for: Create Your Own Offense

In this horse graveyard we call The Falcoholic, we have essentially exhausted everything there is to talk about with regards to the team.

However, I was thinking about how ridiculous the Falcons offense will be this year and then I thought how much fun it would be to come up with some unique offensive looks to strike fear into defensive players' minds.

First, let's take a look at what a reasonably simple set up would be under the current offense. 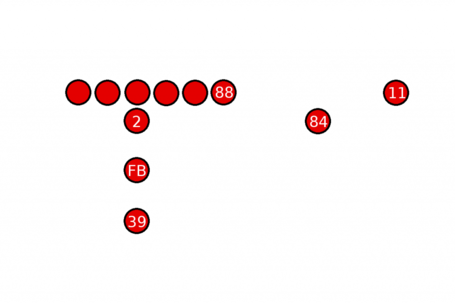 This is a relatively simple alignment. I-formation, two receivers right. Some might call this trips or trio, given that the TE is on the receivers' side. Trio is generally only if the tight end is open, or separated from the OL, if I recall right. Regardless, this has everything the Falcons like to do, and you can do anything out of this set.

We have two fantastic receivers, but you know what else we have?

And who are we to not give them a chance to all be on the field at the same time?

So, Falcoholic friends, I give you but a taste of the offense that has stirred in my cranium for years now... 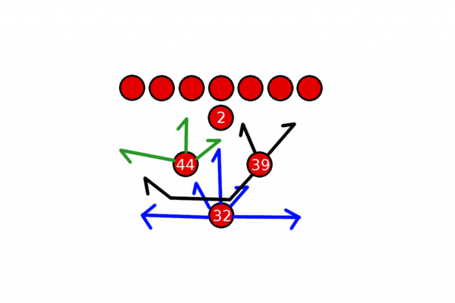 I failed to save a base picture of it, so you get the one with all the lines. Now, the lines are representative of just a small portion of running plays the Falcons could run out of this set. Any one of the three could theoretically be a lead blocker for the other, given they're all capable and willing.

In what could be described as a stroke of luck, or good fortune, or something, we happen to have three RBs that could fill that role. They're all strong, they all like contact, and it just so happens that two of them are huge.

Out of this base formation, you can also audible into one of a plethora of sets, because all three backs can do everything. They can all run, they can all catch, they can all block.

This is the power running form of it. 3rd and long? No problem! The TE can be receivers that split out wide (think 84 and 11).

We all know LBs have trouble defending swing passes, but what about three swing passes. Need a screen? No problem! Now tell me which one's getting the screen pass!

Not to mention any of the three of them could line up on the LoS as a receiver, too. They all have great hands!

And that's how this works. They can all do it. This formation also does not discriminate. SJax, the right up back, can run a sweep to the left with two lead blockers in Quizz and Snelling. If you don't want one or the other taking a hit, use misdirection and send them the other way; the sweep can still be successful OR can be run as a zone read.

Play action can also be deadly effective here. The defense already isn't going to have a clue as to where the ball is going, so when ol' Matty decides to keep the ball, Gonzo is wide open on a 12 yard seam route. Every time. Because the defense is going to crash the run fake hard, because they already don't know who is getting the ball, so they have to crash all three backs. That's three LBs, and what safety is going to cover Gonzo? The correct answer is NONE OF THEM. Then we have Toilololololol who is already bigger than everyone who can run a seam, too. Good luck, defensive people.

The quarterback doesn't have to be a scrambler, either, because the backs do all the work in this offense.

Then people will look at this Falcons O and think 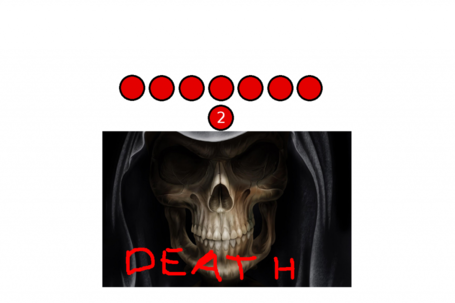 There you have it, folks. The Diamondback offense (perhaps more commonly known as the reverse wishbone) is something that could utilize the other set of Falcons weapons on running downs, and even throw people for a loop on passing downs.

Now it's your turn. I don't need fancy pictures or anything, but describe to me a way you would use the Falcons offensive weapons in a unique way. Channel your inner offensive genius and let's make defensive coordinators tremble!