None of these cuts are true shockers, though it's fair to say John Abraham qualifies as both the biggest surprise and arguably the most depressing of these releases. The Falcons saved somewhere in the neighborhood of $17-19 million in cap by doing this.

Let's take a brief look at why each cut came to pass.

The most obvious cut, perhaps. Turner was owed $6.9 million this season, averaged less than four yards a carry in 2012 and saw his carries diminish. With the Falcons in dire need of cap space, this was a necessary move.

That doesn't make this a cheerful occasion. Turner was one of the franchise's great backs, someone who literally carried the Falcons' offense for large chunks of 2008-2010. As recently as 2011, he was still putting together long stretches of great games and fighting through a ton of lower body injuries to do so.

"...someone who carried the Falcons' offense..."

The Falcons of the Mike Smith era don't win nearly as many games without him, and I'll always remember his highlight-reel runs and Eric Weems human shields with a smile.

The Falcons will move ahead with Jacquizz Rodgers, Jason Snelling and whatever free agent or drafted running back they add. The fact that it will take somewhere in the ballpark of three backs to fill Turner's shoes should tell you something about just how good he was in his prime. 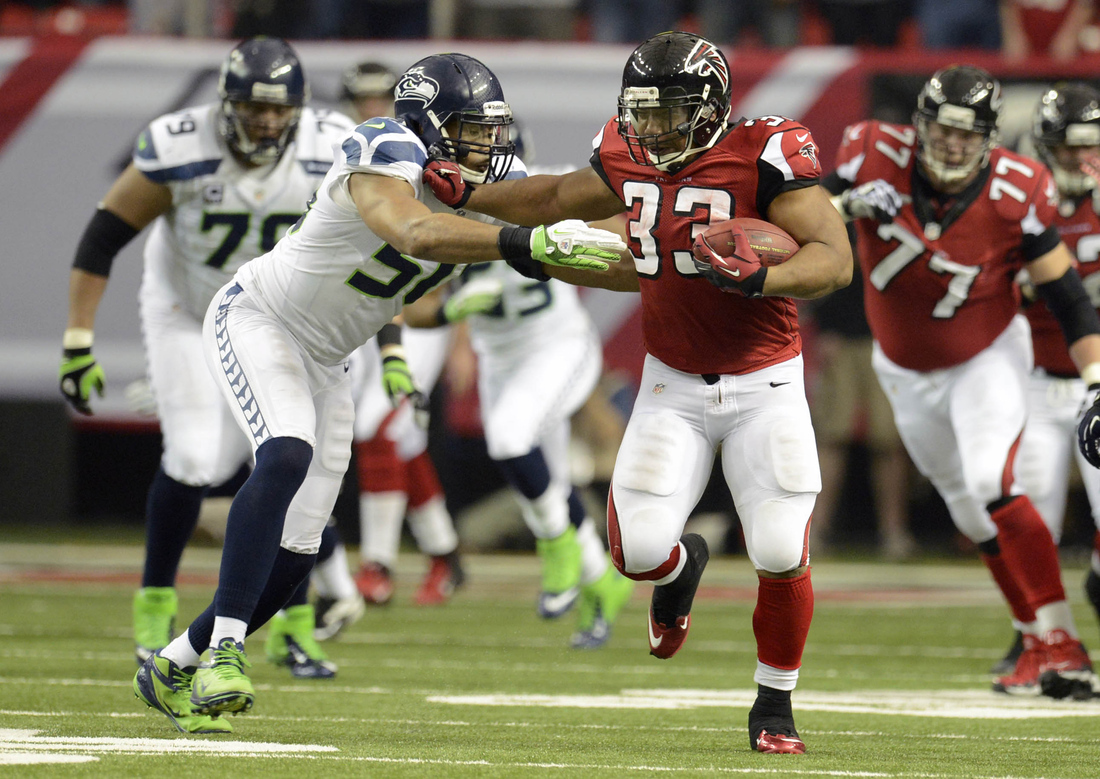 Abe is the surprise here, as mentioned. A truly great Falcon, Abe has put up 68.5 sacks since 2006 as the only truly great pass rusher the team has had over that span.

The reasons for letting him go are at once obvious and difficult to grasp. By releasing Abe, the Falcons stand to save over $4 million in cap space, which is the obvious part. Less obvious is why the team would release a guy who had 10 sacks a year ago and was the only thing resembling a dominant quarterback chaser anywhere on the roster.

Those reasons likely had to do with age and the perception that Abe, for all his pass-rushing chops, is slipping as an all-around player and can't play as many quality snaps as he used to. If that's true, this is a defensible but difficult move. If they're wrong, uh oh.

I'm really depressed to see Abe go, both because I think he's an all-time great and because I don't see at this point how the Falcons can replace his production. Their plan better be a good one. 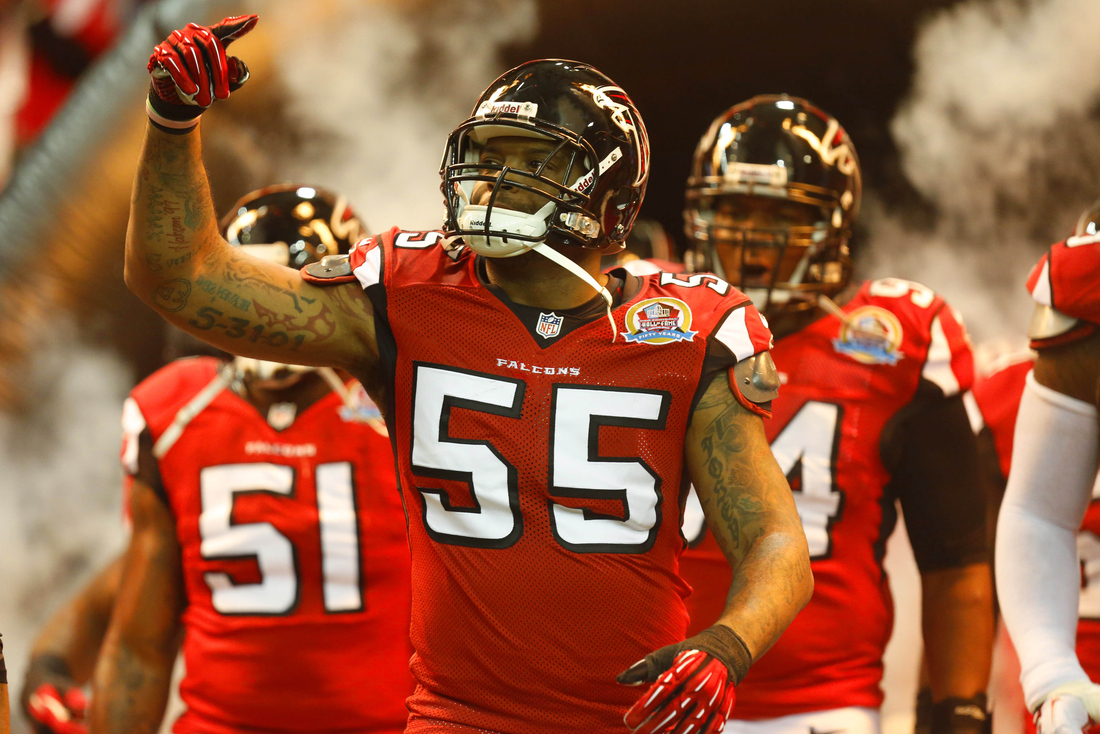 This was another obvious one, really. Dunta is a thumper and a solid enough player, but he's been subpar in coverage and never quite lived up to his deal. With Robert McClain emerging, a deep cornerback class and the potential to re-sign a healthy Brent Grimes, the writing was on the wall.

This leaves the Falcons currently with Asante Samuel, McClain (and RFA) and Dominique Franks under contract at the position. Second year pro Peyton Thompson, who spent time on the practice squad, is also an option.

Most NFL players will be cut. It's a brutal part of life in the NFL.

Whether in the dawn, dusk or twilight of their careers, most NFL players will be cut. It's a brutal part of life in the NFL. Join me in wishing all of these guys well.

Stay with us throughout the day as we talk about the cuts, pay our respects to great Falcons and look at what may still lie ahead. Your reactions? 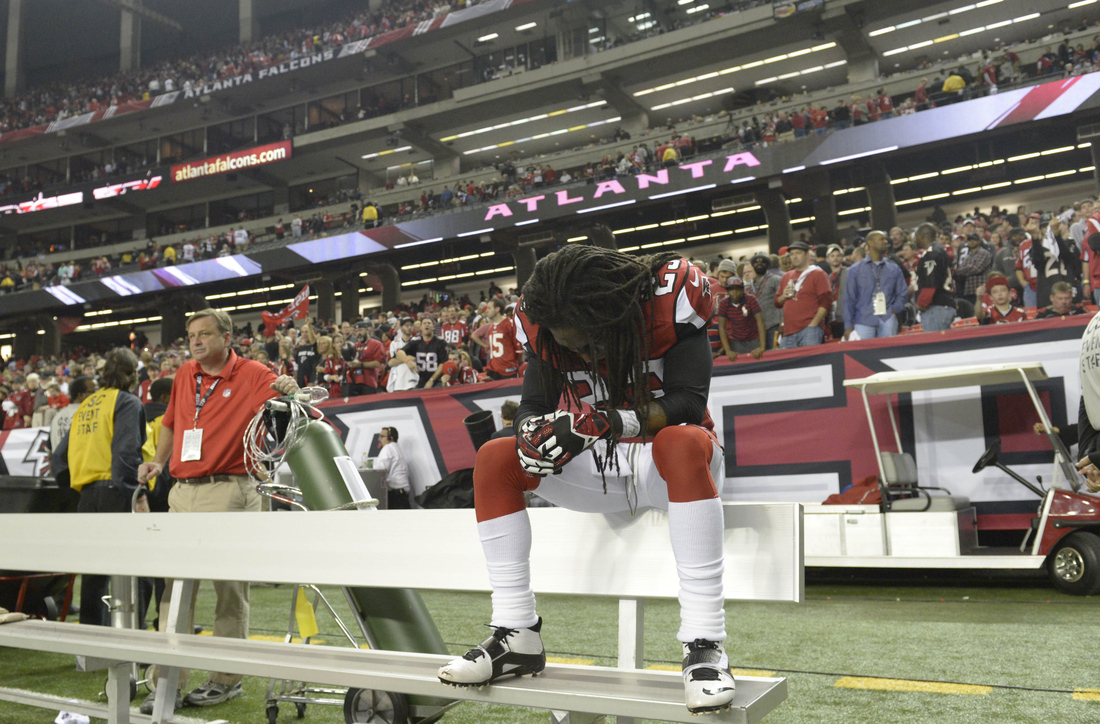