Due to my health taking a nose dive whilst in the Flowery Branch Chili's, I had to rush back home and will be missing the PM minicamp session. Fear not, however! Jason Kirk and user Ball Hawk are currently enjoying the festivities of the second practice and Jason will have a meaty, chunky, mmm, mmm, good mini-camp post up tonight or tomorrow.

I will, however, throw out some extra-quick observations I made while baking in the north Georgia sun.

Yes, this is just minicamp and it is entirely too early to make many observations. Minicamp really isn't about that for the fans. It's more about this: 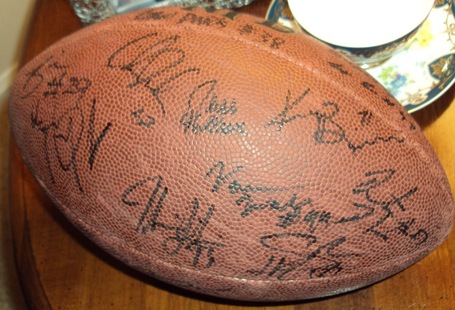