The Top 10 Players the Falcons Are Guaranteed to Never, Ever Sign (Including Terrell Owens)

Share All sharing options for: The Top 10 Players the Falcons Are Guaranteed to Never, Ever Sign (Including Terrell Owens)

There's an issue we feel must be cleared up. Every offseason it slouches towards Atlanta, a dead horse begging to be beaten back to life. A horse so dead the Four Horsemen won't go near it, even though one of them is named Death. Yes. The Terrell Owens dead horse.

Should the Falcons sign middle-aged Terrell Owens in the year 2010, even though it seemed like a bad idea in 2009, 2008, 2007, and 2006? This discussion is up past its bedtime. Also, we'll break down ten other players the Falcons absolutely have no interest in, despite annual summer rumblings by hundreds of bored fans on message boards, talk radio, blogs, and the city newspaper. If you've found yourself caught up in such a frenzy, Robin Williams empathizes. Even the most intelligent of football fans, Falcoholics themselves, have found themselves caught up in the Owens Madness from time to time.

1. Terrell Owens: Remember how we let Lawyer Milloy go for being a step too slow? The Public Defender was 35 at the time. Owens is 36. Last year, only one receiver over 35 ranked in the top 50 in receiving yardage (Derrick Mason). Face it: Terrell's not just fading. He's faded. Six months ago in Atlanta, Terrell wasn't even the best Owens within his own ten-foot radius, racking up 35 yards on 5 touches. 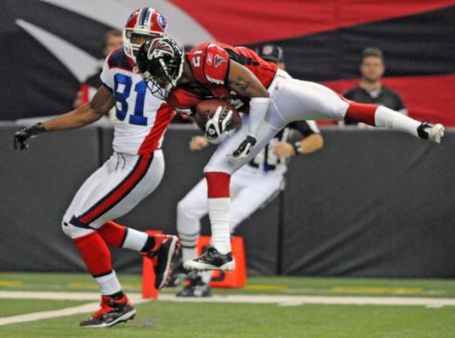 2. Bill Bradley: Bradley is satisfied in his current capacity as secondary coach of the UFL's Florida Tuskers. 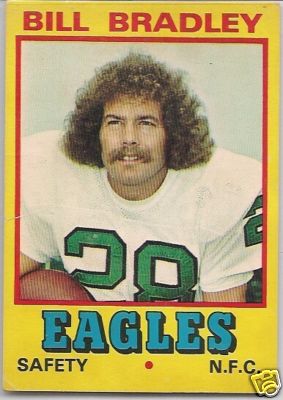 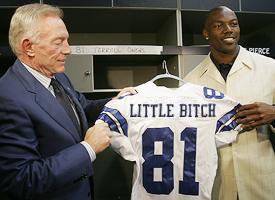 4. Terrell Owens: Arthur Blank has painstakingly demonstrated, in word and deed, what's expected of the modern Falcon. Be community-minded, studious, and responsible. These terms capture what we love most about Jason Snelling, Warrick Dunn, Kroy Biermann, Chauncey Davis, and so on. Which of these three adjectives do you think best describes Terrell Owens? 5. Terrell Owens: He kicked off a Mean Girls feud with Tony Romo due to Romo's supposed preference for Jason Witten. How much would TO love being the (at absolute best) fourth wheel in Atlanta behind Roddy White, Tony Gonzalez, and Michael Turner? 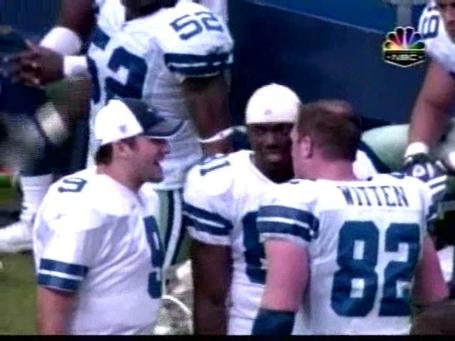 6. Terrell Owens: Did you know he's had exactly three 100-yard games since December 2007? That's 35 games. 35 -- hey, that sounds like his age, except it's not quite as big a number. Again, look at the effort on this play. He had several seconds to position himself for this lob, and this is the spot to which he chose to jog? 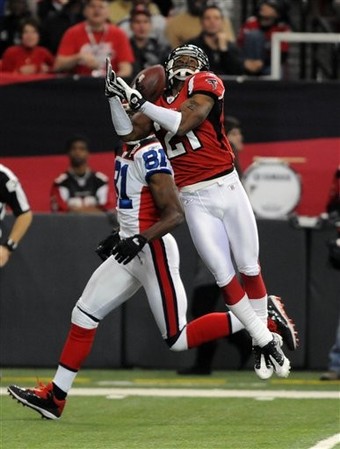 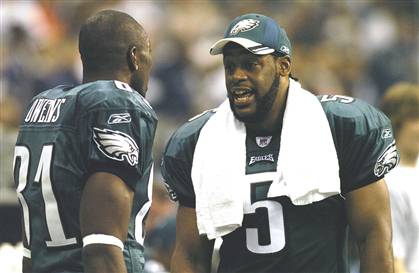 8. Wayne Rooney: While he's a tremendous athlete, he plays a different sport. 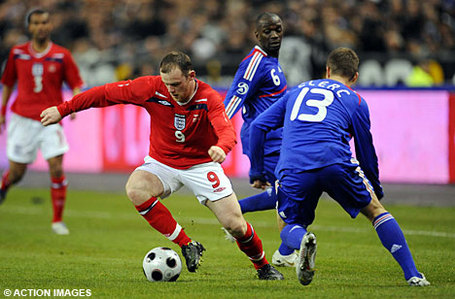 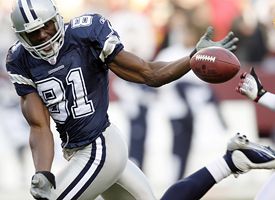 Not even Buffalo wants him. via jonwbecker.files.wordpress.com

10.  Terrell Owens: He once publicly questioned Jeff Garcia's heterosexuality in a negative manner. This crosses the line from bad teammate to bad person -- if Garcia disclosed private information to a teammate in confidence, then TO's an asshole. If TO just made it up to equate homosexuality with femininity and femininity with weakness, then he's an out and proud Xbox Live homophobe. How would that fly around here? What, you think the team that plays in America's gayest city doesn't have gay fans? And while we're aware Matt Ryan is a stone cold ladyslayer, it's best if we don't give a fifth-grader like Owens too close a look at Ice's confident stride.

Regardless of orientation, nobody likes being touched like this by Terrell Owens. via i.a.cnn.net

11. Terrell Owens: Owens is 36 years old. This would make him the oldest player on our team. Comrade has signed two older veterans in the past three years -- Mike Peterson and Tony Gonzalez (and they were only 32 at the time). Peterson already knew Mike Smith's defense inside and out, plays hard, and has served as a mentor to every Falcon linebacker from Stephen Nicholas to Sean Weatherspoon. Tony Gonzalez is the best tight end ever and has shown no signs of falling off -- we would not have broken The Streak without him, period. (A) player-coach or (B) productive Hall-of-Famer: based on what we've learned, one of these two criteria must be met for Comrade to sign an older player. Which of these two things best describes Terrell Owens' track record? A or B? 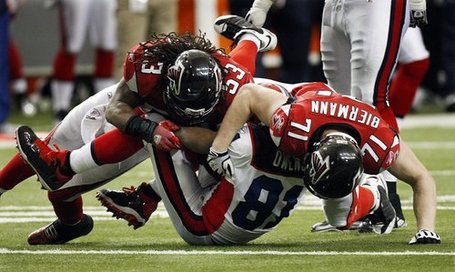 We'll take exactly one of these 30+ players. via alt.coxnewsweb.com

Next item for discussion: should the Falcons think about signing Tim Biakabutuka?