Share All sharing options for: Game Recap: ATL vs GB

Green Bay was certainly as advertised. Aaron Rodgers gave the defense fits and the fans coronaries. Still, we won. I'm not sure exactly what this win says about the Falcons beside we have a tenacity and will to win that is just simply greater than our opponents, especially when in the hallowed echo chamber we call the Georgia Dome.

The "Heart Attack Birds" some of you are calling the 2010 Atlanta Falcons. It's a good point. Let's take a quick peek at our score versus our opponents: 267 - 209, making a point differential of +58. Now, that is slightly skewed by our blasting of Arizona. Take away our points scored in our only "running away with it" win, and you get a still-less-than-worrying-figure: +17. That's two TDs and a field goal's worth of difference between our offense and our opponents' defense. Heart attack-inducing they may be (of the 9 wins, five have been by six points or less), the Falcons are not letting our opponents have the last laugh. And, in the end, isn't that all that matters? We're making the plays that we have to when we have to. That's the mark of a great team, isn't it?

The Bad
The Ugly
This: 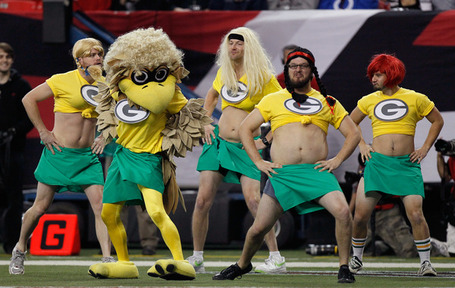