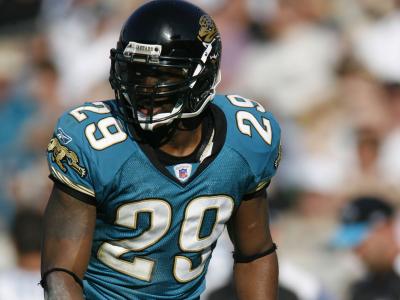 Mike Smith is fond of guys he knows, as he proves yet again with the signing of cornerback Brian Williams. Williams, who was cut by the Jaguars earlier this week, played for Smith for a stint and, unlike most of the corners who are out on the market, still has a pulse and working limbs. According to ESPN's Chris Mortensen, who is reliable in the same way that I am living in Atlanta currently, he's expected to step in and be a nickel back right away.

Obviously, this is a depth charge to the depth chart. Williams and Tye Hill will be competing for starting spots, whether anybody from the team wants to admit it or not, which means Brent Grimes and Chris Houston will only have a few weeks to nail down the jobs with excellent play on the field. This moves Chris Owens and Chevis Jackson further down the depth chart unless they can work out, and it may put one or both of their roster spots in jeopardy. Because I like both of them, that would stink, but the Falcons are obviously seriously concerned about the cornerbacking corps. Time will tell if this is the right way to address those concerns.

The upshot of this and the practice squad moves is that William Middleton is headed to the vile Tampa Bay Bucs, never to be seen again. As someone who thought Middleton could be a good cornerback in this league, I wish him well.