Share All sharing options for: Roam the Dome Report 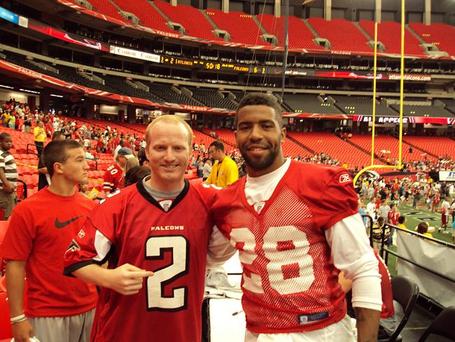 Thanks to gritzblitz for wearing the official Falcoholic tee. Kudos for Hardcore Falcon and his son donning Bartkowski's number. And finally, appreciative hat-tip to TomQ for making a great event companion and being the official "Falcoholic Rome the Dome photographer."

Roam the Dome was a unique experience, one that I highly doubt many other teams do for their fans. The no-contact "mock game" may pale in comparison to Friday’s "Friday Night Lights" game or a real season game, but it offered a lot of insight into how the team is shaping up.

The team opened the event with several punt return practices. The returners rotated out and included Eric Weems, Chandler Williams, and Brian Finneran among their number.

Just about all receivers got their shot yesterday. Brian Finneran and Michael Jenkins continued to be our starting two while Troy Bergeron worked out in HD’s third slot on the Red team, and the rest of the receivers rotated in and out with the White team (second/third stringers). 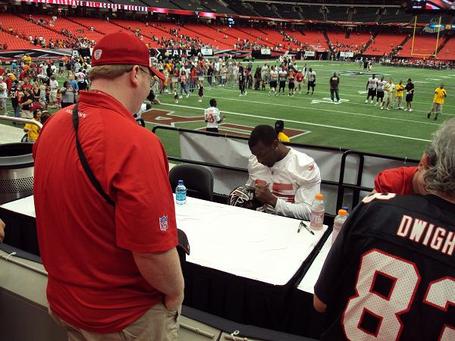 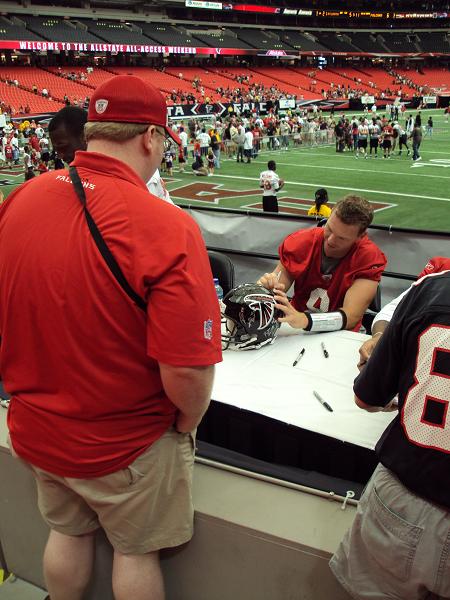 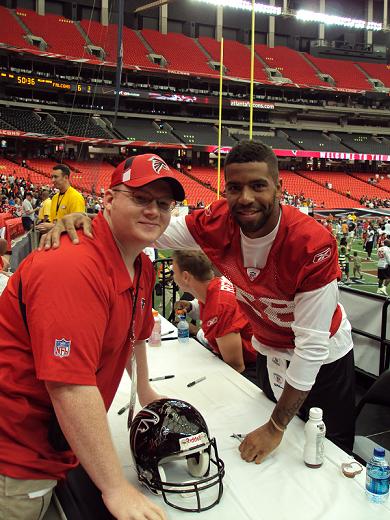 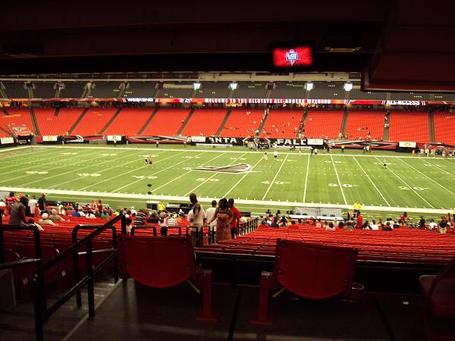 The Dome Field. Makes you feel warm and fuzzy, doesn't it? 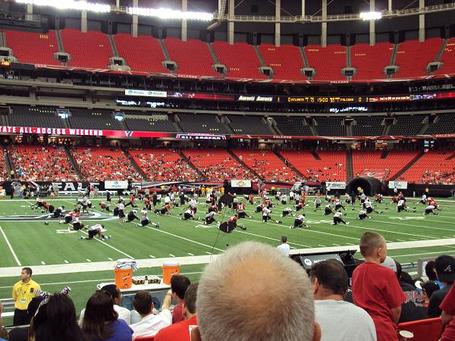 The team stretches before the mock game