Share All sharing options for: Is QB D.J. Shockley's Roster Spot In Jeopardy? 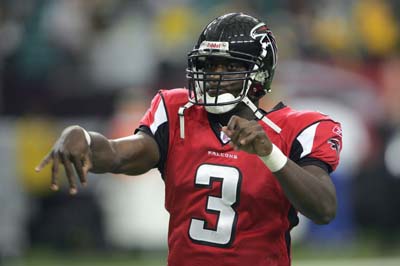 Buried deep in this Atlanta Journal-Constitution column from Jeff Schultz is the mention that D.J. Shockley, he of the Georgia pedigree and backup job, could well be fighting for his roster spot right now. Opinions on Shockley have been so mixed since the point he was drafted that it's nearly impossible to parse exactly what's going to happen to him.

That's where I come in.

I'm here to tell you that I really do not believe that Shockley's going to get the boot from the roster. I also don't think he's going to leapfrog Chris Redman for the backup job. No, what Shock's going to do is once again seize the third quarterback spot on the roster. The reasons for this are fairly simple.

First, Shock won't pass Redman because Rojohombre is the far more consistent quarterback. He got it done starting during the Dark Ages of Bobby Petrino, and he's simply the best option we have to come in if something happens to Matt Ryan. That said, he's physically miles upon miles ahead of John Parker Wilson and has the advantage of spending last year learning Mike Mularkey's offense, two advantages that will probably kick JPW to the practice squad.

It's frustrating in a way to acknowledge this, because I've always been a staunch Shockley defender and have always believed he had the talent to be a competent #2 quarterback in the NFL. Whether through injuries or inconsistency, he hasn't gotten there yet, but he'll have at least one more shot this season.

Remember, if I said it, it's got a 45% of being correct. Do you have an identical or perhaps better prediction for Shock's fate?