Nominate the Greatest Falcons OL of All Time

Share All sharing options for: Nominate the Greatest Falcons OL of All Time 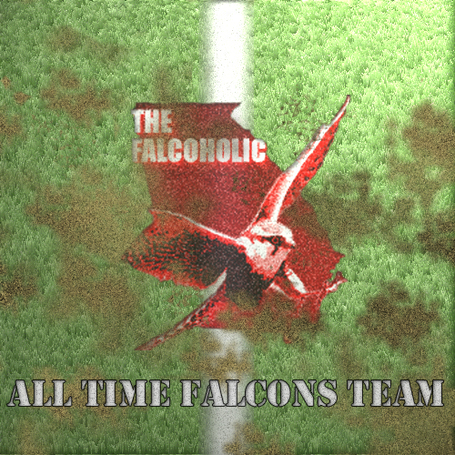 Hope everyone's Independence Day went swimmingly. I was unable to avoid the sun's evil rays but still enjoyed the vacation time with the fiancee. I did have to put up with Boom Boom Pow over and over, as every radio station seemed locked in an endless repeating loop of the song. For a guy whose music collection is 98% death metal, it was a tough pill to swallow. I am now back home, getting ready to soak in the atmosphere of yet another wonderful Behemoth album. Happy times ahead.
Now, on to business. As you may well expect, it's time to nominate some more players for the Falcoholic's All Time Falcons Team. This week, we'll be focusing on the OL. Since offensive lines generally comprise five positions, our poll will likely be split (as with our running backs). There may even be a vote a day until Saturday, when I plan to post the encompassing results.
This will be a hard nomination period for me as I'm still delving into our team's past. In fact, my own list is really (sorta-kinda) short. Making this process even harder is the near-complete unavailability of offensive lineman stats. If anyone finds some, let me know.
Rules: