The Greatest Falcons DL of All Time

Share All sharing options for: The Greatest Falcons DL of All Time 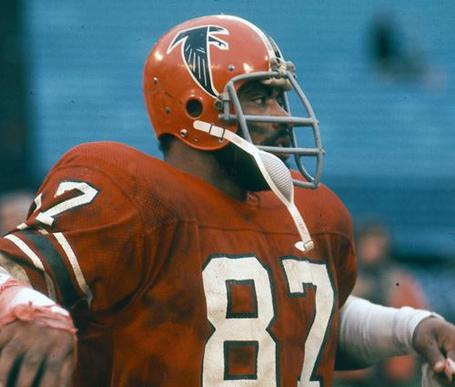 No vote this time, just me telling you what to think. Why? Only two readers (and the mighty Dave) made any noms. My fellow English majoring pal zooker had some sagely advice:

So that's what I did. I looked up their nominations' stats and, based on sack numbers alone, came up with my own list; my logic stems from my belief that a good DL makes the opposing quarterback fear for his life on every down. If you guys don't like it, let me know in the poll and your comments. Maybe you can convince me to have a vote after all. As for Claude Humphrey's sack numbers, I pulled them from the Hall of Fame website. Turns out Humphrey was a finalist once again on the ballot this year and if he isn't put in next year, I may just have to drive to Canton and knock some heads.