Discussing The Role Of Von Hutchins In The Atlanta Falcon Secondary

Share All sharing options for: Discussing The Role Of Von Hutchins In The Atlanta Falcon Secondary 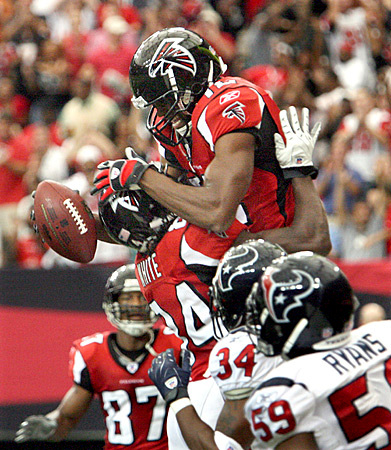 He's easily the most veteran cornerback in a very young secondary. His name makes him sound like a Dutch land baron. He lost an entire season to injury. He is Von Hutchins.

While he may not be the biggest piece of the puzzle, many think he'll be a critical one. The rationale goes like this: the Falcons didn't sign Hutchins to sit on the bench, even after the injury, and there's virtually nothing in his way aside from Chris Houston. I'm not sure where I stand on that given our plethora of young, talented cornerbacks and safeties, but in these slow days of the off-season, it seems like a matter worth discussing, particularly given his ability to play either position. Hutchins is still coming back from a serious Lisfranc injury and is easing into practice, so be sure to factor that into your thinking process, amigos.

What do you think is going to happen to Hutchins?