Share All sharing options for: The Falcoholic Mock Draft Spectacular: The Third Pick 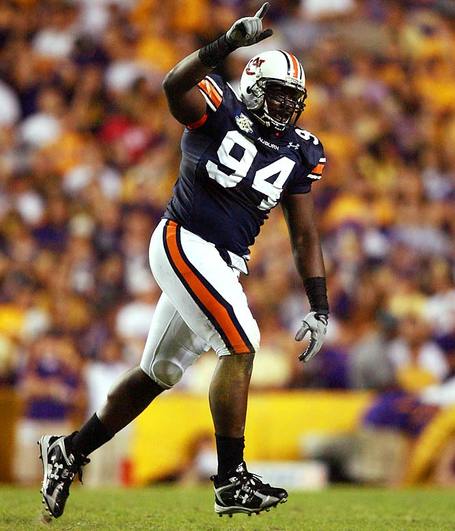 This pick is sure to generate some kind of debate, because I know some of you feel very strongly that Marks is doomed to fail at the NFL level. Personally, I think his athleticism and ability to generate a considerable push make him a useful player, and if he slips into the late part of the third round I can't imagine too many situations where the Falcons pass him up.

That said, he's not the giant, run-clogging nose tackle type that many feel we need. I would say that if Trey Lewis is able to step in and play this year, he may fill that gap, and Marks would be a terrific situational player in his first year. He'll need to get a little stronger if he's going to push his way into the starting lineup early, but I think this represents pretty good third round value for our 'Birds. For more information on Marks, you'll want to visit our friends at Track 'Em Tigers.

By now, you know it's time to weigh in on the pick and nominate your choices for the next round. I'll select the best couple from each position and we will go from there.