A Second Round Report On New Falcon Safety William Moore

Share All sharing options for: A Second Round Report On New Falcon Safety William Moore 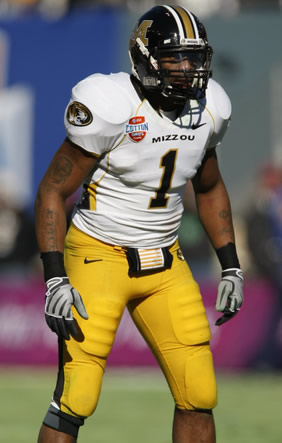 There are many who will say that Moore should have slipped even further, but you won't find me among them. He's an ideal strong safety in many ways, with the ability to the play the run, hit hard and close the distance quickly when covering tight ends and wideouts alike. The team clearly isn't completely sold on Thomas DeCoud at SS (which is a shame), but it should be a pretty fierce competition between the two in training camp.

Of course, he has weaknesses. His coverage instincts will need to improve, and I don't expect him to match up against talented receivers unless Mike Smith has a death wish. There's also been some concerns about his overall speed, but I feel like that's less important given the role he'll be asked to play in Atlanta.

The best thing about these first two picks is that we managed to get two likely starters at positions of need. Where the argument can come in is whether we got the type of players we needed, i.e. a run-clogger at defensive tackle and a coverage-savvy safety. Maybe not, but both Moore and Peria Jerry have the talent to make up for their shortcomings and earn spots in the lineup. I'd bank on it.