The Falcoholic Mock Draft Spectacular: The Fifth Round Picks

Share All sharing options for: The Falcoholic Mock Draft Spectacular: The Fifth Round Picks 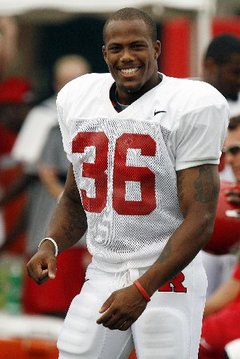 Your concerns were secondary in the fifth round of the drafts, and I don't mean that they were inferior.

Rutgers safety Courtney Greene and Ohio State cornerback Donald Washington were the two selections in the fifth round of what can only be described as an odd mock draft. Greene's stock is down and this may actually be a plausible landing spot for him, while Washington is a project at corner who has considerable upside. Those calling for safety and corner had their prayers answered with a pair of guys who aren't going to cost the Falcons any high-round picks, which I think is the way it should be. I could see us taking a safety further up, though.

I can't criticize the way this draft's gone, really, because we've addressed most of our major needs and I'm the guy that's tried to draft both Clint Sintim and James Laurinaitis in the first round.

For more information about our two latest picks, visit Protect R Turf for Greene and We Will Always Have Tempe for Washington. We're on the sixth and final round now, so make your nominations in the comments!