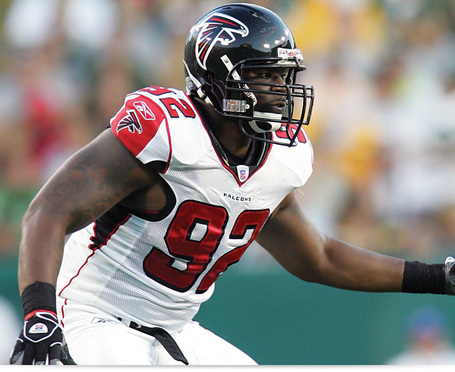 The Falcons finally made a move to re-sign one of their own Tuesday, bringing back Chauncey Davis on a four year, $14 million contract. NFL.com reports that most of the money will be tied into the first two years.

I couldn't like this move more. It's a reasonable contract for a defensive end who has steadily gotten better and may be called upon to make more than a few starts over the next couple of season. He's the very definition of steady and will provide a push in the pass rush if Jamaal Anderson falters once more.

Understand, I'm not saying that Davis will rack up double digit sacks next year, though I'd definitely appreciate it. I just think he was an important piece to keep around given his age and talent, and I'm glad the Falcons were able to work this out.