Share All sharing options for: Kickin it Old School 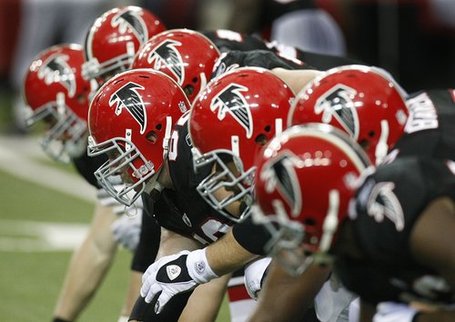 I'll cut to the chase, gang. The Sunday after Thanksgiving, the Falcons will be trotting back onto the Georgia Dome turf in their awesome, amazing, fantastic, unbeatable 1966 honorary uniforms. As you're all aware, the '66 Throwback Uni took the place of our all-black Alternative uniform pictured here: 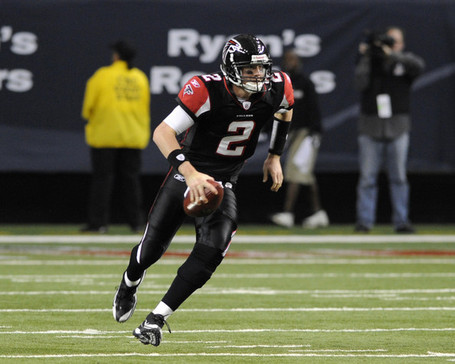 What some of you may not know is that this throwback program runs for five years (ending after the 2013 season). Our source within the organization also revealed a tidbit I don't think has made it to the masses yet. The team has the option of switching the throwback uni to another year (or set of years) after 2010. That means that, two years from now, we could be eagerly anticipating the return of yet another set of classic Falcons threads. IF the team decides to switch it up, the question will then be what uniform should they go to? That's where you come in. After the jump, I'm going to do my best to list every uniform / combo that's available and have you, our illustrious readers, vote on which one you'd love to see make a return to the gridiron.

1968- 70: Take the current throwback and turn the Falcon crests on the sleeves into a white/red/white three-stripe pattern. Everything else is the same.

1979-83: Falcon crests were added to three stripe pattern on sleeves.