Bells Will Be Ringing...

Share All sharing options for: Bells Will Be Ringing...

Morning Falcoholics! You may have noticed a decrease in my frequency here on the site and for that I do apologize. I have been trying my best to deliver during this, my most busiest of weeks ever. Alas, I've been pretty scarce. All will return to normal, of that I can assure you.

On Saturday afternoon, I'm finally getting tied down. After what has seemed eons, the time to tie the knot has arrived and I've been busier than Matt Ryan in a film room. The honeymoon is scheduled to last until late Wednesday and it'll be football free. I'm afraid you're going to have to go ahead and count me out of any cool discussions, posts, or Dave Video Logs that may crop up in my absence. Once Thursday rolls around, it'll be back to business as usual.

For those that do not follow me on twitter, here's a peek at my Falcons groom's cake. This little display greeted me when I got home from work yesterday afternoon. 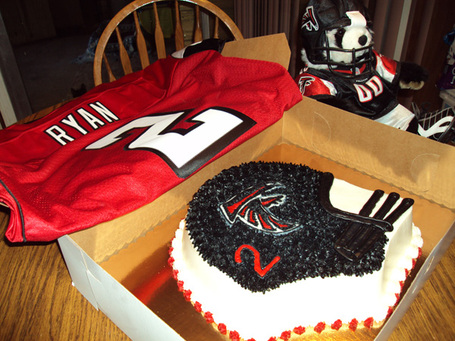 Also greeting me via a USPS box was my preordered Michael Turner McFarlane Sportspick figurine. 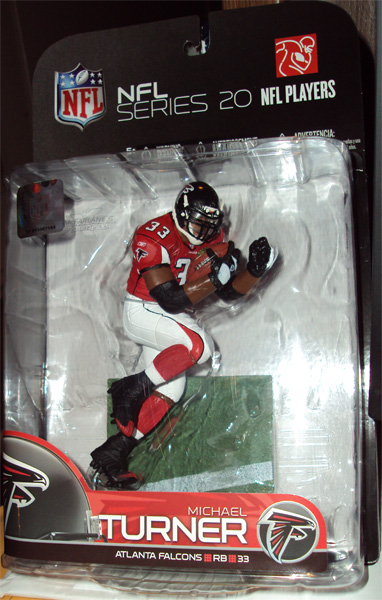 Those of you into these figures will note that this is not the mass produced retail version of the figurine. The widely available Turner sports the All Black rival uniform. The Red/White Turner is a limited run "Chase" figurine, as in not many were made and these are highly collectible. I don't plan to unbox it, but I also have a normal retail version on the way now. I will fiendishly rip that one open and set it along side my others on the bookshelf.

All in all, a great collection of Falcons stuff to come home to. Until Thursday, this is tlozwarlock, signing off.