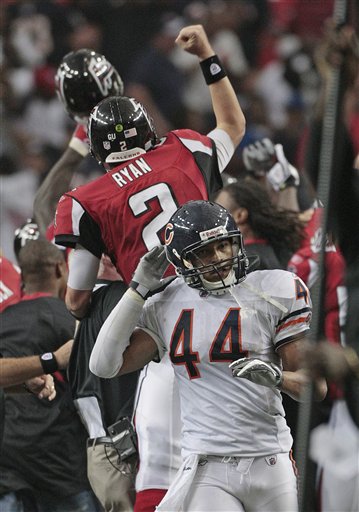 I've got two Bears fans talking smack to me at the office. I've got a Bears fan who's talking smack to me in my own email inbox. Suffice to say, I've heard enough Bears smack to last a lifetime. The Falcons have met the Bears twenty three times and have won 11 of those games. The Bears have won 12. Guess what that means: if the Falcons win this Sunday night, the series will be dead even.