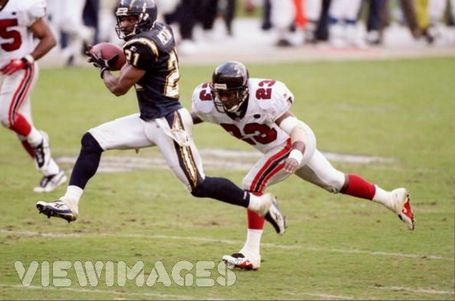 Everything you need to know is after the jump, and be sure to check out SB Nation's new NFL portal. Nifty icon, activate!

Weather? Sunny as the surface of the sun.

Fun Fact? I heard Michael Turner used to play for the Chargers. Can anyone confirm this?

Foe? That'd be Bolts From The Blue, our network's fine Chargers site and steward of the fanbase that will hopefully be less happy with the outcome of this game.

This poll is closed