A Falcoholic Interview With Michael Boley

Share All sharing options for: A Falcoholic Interview With Michael Boley 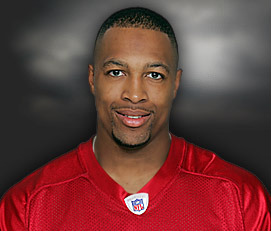 Thanks to the fine folks at Reebok--the official outfitter of the NFL-- I was given the chance to interview Michael Boley. Unable to escape the clutching clutches of work, I got to send a short list of questions to Boley. Next time I hope to have a real opportunity to talk to him, but I'm very grateful that he took the time.

If you've always wanted to see a blogger clumsily interview a famous football player through e-mail, you'll have to check it after the jump.

Dave the Falconer: Michael, do you like what you're seeing from the team so far this season? I don't think anyone expected you guys to be sitting at 2-2 right now. Is the team buying into the new coaching staff's philosophy?

Michael Boley: I like what I’m seeing. It’s a big turnaround from last year. As far as Coach Smith, the guys like him a lot and they’re buying into his philosophy.

DtF: What do you think of playing alongside Curtis Lofton?

Boley: I like playing alongside Curtis.  Curt’s an energetic guy. He plays hard from snap to whistle. He’s a playmaker, and from where he was in the preseason to where he is now, he’s gotten a lot better, and will only continue to get better.

DtF: Where do you think you, Lofton and Brooking rank among other linebacking corps in the league?

Boley: If you ask me, I say we’re the best. The talent we have – I don’t think we’ve even reached our limit yet. We can just keep on going.

DtF: Any lingering issues with the neck strain, or are you good to go for Green Bay ?

No lingering issues.  I’m good to go. That’s a thing of the past.

DtF: In your experience, who is the toughest running back to tackle in the NFL?

Probably Adrian Peterson. He’s the toughest I’ve had to go through thus far.

DtF: You've practiced against Michael Turner; does he rank up there?

Boley: Most definitely. He’s a big bruising running back. You go against him and he’s pretty tough to tackle.

DtF: Mike Smith has talked about concentrating on the process and not the number of wins, which I think is a good approach for a young team. That said, can you see this team beating expectations and going .500 for the year?

Boley: Most definitely. I think we can go even further than that. I think this team is still growing, and there’s no limit to how far we can go this year.

DtF: How tough was last year for you? Are you enjoying playing for the Falcons more this year, and are you hoping to stay here for the long haul?

Boley: Last year I would have to say was my toughest ever in football. This year is much better than last year. And I am hoping to be here for the long haul.

Again, a huge thanks to Boley for answering my questions. Be sure to weigh in on his answers in the comments. And don't forget that you can buy Boley's jersey and other Falcons gear from Reebok.